What exactly is a CubeSat?

In the past, satellites were always huge spacecraft that weighed tons and required a high budget, a lot of time and a lot of expertise. Only a few nations could afford such space technology, which meant that there were only a handful of space nations.
Today it's different, and that's because of a cube with 10 cm sides!   A CubeSat is a small satellite consisting of one or more cube-shaped modules, each with a side length of only 10 cm. These spacecraft are not only small, but also very light: one unit weighs a maximum of 1.33 kilos.

Originally, the small satellites were developed as a student project. As early as 1999, two professors from the USA proposed a reference design that would give their students the opportunity to develop, build and test spacecraft themselves that would be as powerful as Sputnik. The materials had to be easily and cheaply available, and the satellite itself did not have to be too heavy. Over the next few years, a design standard developed for the CubeSats. In 2003, the first mini-satellites were launched, rather timidly at first. By 2012, "only" about 80 CubeSats had been launched. But in recent years, the number of nanosatellites has risen sharply. There are now over 3,200 Cubesats in low-Earth orbit.

An opportunity for small nations

A CubeSat consisting of one unit is inexpensive. Depending on the technical equipment, it costs between about 6,000 and 50,000 euros. This allows even emerging nations to participate in the use and exploration of space. In fact, the first satellite a nation sends into orbit is now often a CubeSat.

This is also due to the precise specifications of the satellites. Standard CubeSats, as already mentioned, have a side length of 10 cm which have a useful volume of 10 cm × 10 cm × 10 cm or 1 l and never weigh more than 1.33 kg per unit. A distinction is made between different standard sizes. 1U means one unit, i.e. the spacecraft consists of one cube, 3U, i.e. three units, for example, consists of three cubes placed end to end. This simplifies many things. Due to the standardised size, several satellites can often be launched, and the workload for specially developed launch vehicles is eliminated. Often, even surplus capacities of a launch vehicle are simply used to transport the small spacecraft into low-Earth orbit, or simply launched from the International Space Station.

The mascot of Austria in Space is a CubeSat!
Ops-Sat, the only flying laboratory in the world, was developed by the Graz University of Technology. 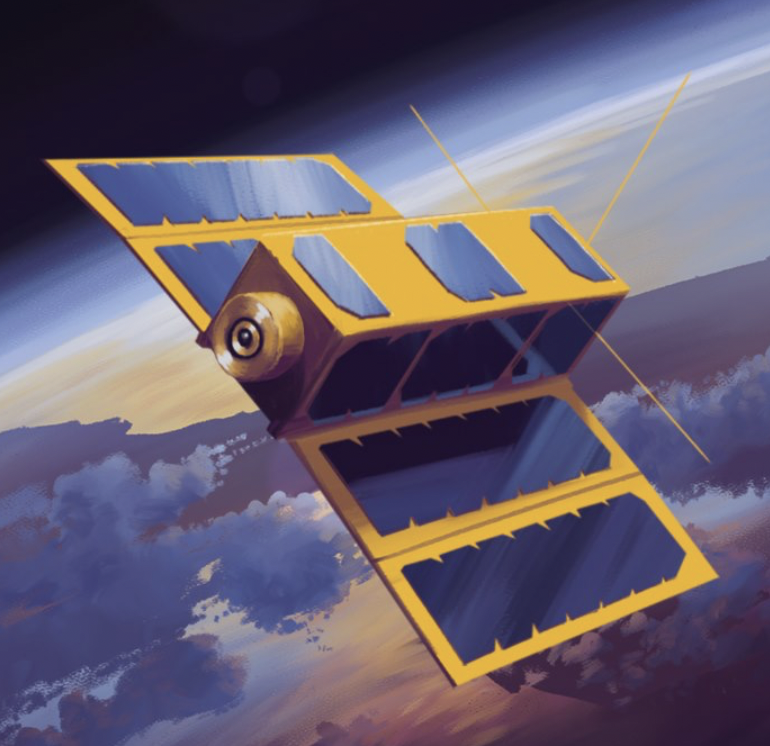