In winter of 2010 ten students came together to share their interest in aerospace engineering. Driven by the idea of designing, creating and launching their very own rocket they built their first rocket: STR-01 "Origin". "Origin" first flew at the C'Space event in France in 2011, where it won the "Prix Espace et Industrie" twice.

Today, the TU Wien Space Team set its focus on a more broad range, from solid-, liquid- and hybrid-propellant experimental rockets to CubeSats and even to autonomous flight vehicles. This allows to investigate and elaborate topics within a wide range of space engineering.

By now, their team consists of more than 100 members.

Beside the big five projects presented below the TU Wien Space Team is also working on other projects, as e.g. a launch rocket for the ESERO Austria CanSat challenge. In order to be able to safely reach higher altitudes, the concept of the old CanSat rocket was revised. Among other things, the former single-stage recovery was expanded to a two-stage recovery. Furthermore, two cameras filming to the outside are now installed in the center of the rocket's height. The new rocket concept has a diameter of 6 in, is 240 cm long and has a mass of approximately 15kg.

Moreover, the TU Wien Space Team is also participating the project "This is (not) rocket science!" lead by the Technisches Museum Wien (technischesmuseum.at). Within this project the topics of space and satellite technology is brought to children and therefore enhances these topics within the society.

All finished and on-going projects can be found on the website of the TU Wien Space Team.

With The Hound rocket we want to break the European altitude record for a student rocket launch, according to simulations The Hound could even reach outer space (altitude of ~100 km). The Airframe will be redesigned, manufactured and a test flight will be conducted in Europe. In the fall of 2023, The Hound team will travel to the Black Rock Desert, Nevada, USA, for another record attempt, performing two launches with The Hound Minor and The Hound Major.

The current CubeSat project of the TU Wien Space Team aims to build a 1U CubeSat to serve as a live laboratory in space. The mission can be seen as a complement to the CanSat Challenge (ESERO Austria), where students of AHS and BHS can perform their own experiments on the CubeSat.

For this purpose, various sensors as well as cameras are on board the satellite. The amateur radio sector is also included here, as the construction of SatNOGS ground stations is also discussed. 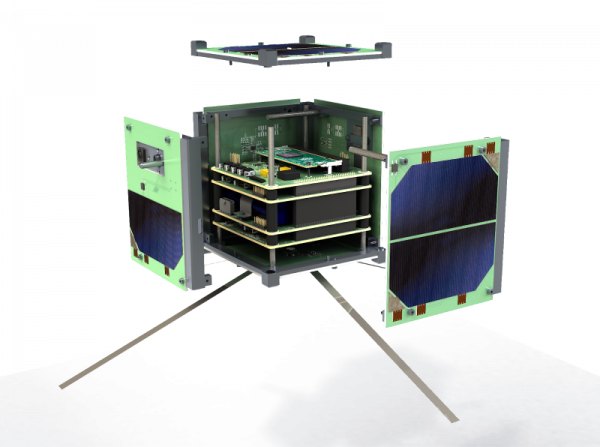 In the project AcrossAustria we are developing a fixed-wing drone, which shall fly autonomously from border to border - powered by hydrogen.

Our goal is to demonstrate the technological readiness for such a mission and further to highlight the potential of hydrogen for green aviation. 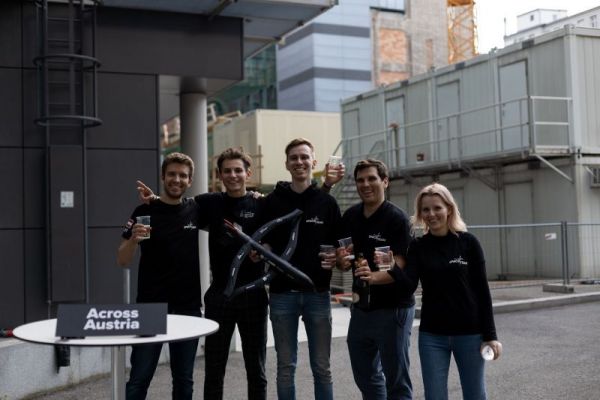 Project Penrose is the latest project of the association with the objective to build the first rocket powered by a hybrid rocket engine of the TU Wien Space Team.

Building this type of engine offers the advantages of reducing complexity and increasing safety. At the same time, it is a great learning project, which is to be concluded with the EuRoC 2024.

At the moment, the webpage is under construction.

Project Lamarr is the follow-up to the recently completed µHoubolt project. After the success at EuRoC 2022, the design of µHoubolt will now be rethought and improved.

The goal is not only to design and build an improved rocket, but also to pass on the skills gained so far to new members and to preserve the knowledge for the TU Wien Space Team in the long run.

As this project is in the starting phase, further details will be given at a later point.

µHoubolt was the first liquid-propelled rocket developed by students, which was ever flown and landed successfully in Europe.

The μHoubolt project has its origin as a small scale technology demonstrator for our large rocket concept, Houbolt. The much reduced scale has allowed for faster and cheaper iteration in development and testing and has given us the opportunity to gather experience and work on our testing equipment and ground infrastructure.The goal of the project is to build and launch the first bi-liquid propelled rocket of the Space Team. The design should provide a solid foundation which can be further developed and used in more advanced projects.

The rocket was successfully launched at the EuRoC 2022 in Portugal. 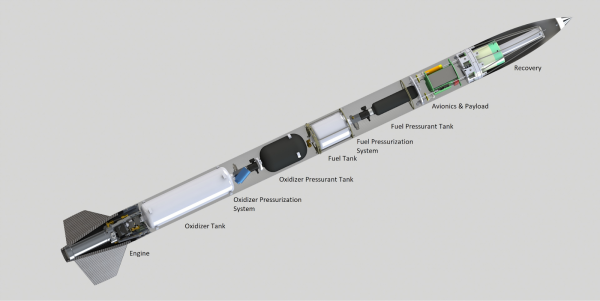 The rocket engine test stand "Franz" is the result of a long-standing effort by the team to be able to test large rocket engines in Austria. For this purpose, a mobile test facility on a trailer was constructed, which, with a focus on safety and flexibility, creates a foundation for numerous future projects.

Solid, hybrid and liquid rocket engines with a thrust of max. 24 kN and a wide variety of propellants can be tested - including the 8 kN prototype liquid engine GATE based on ethanol and liquid oxygen, which was successfully commissioned in 2022. 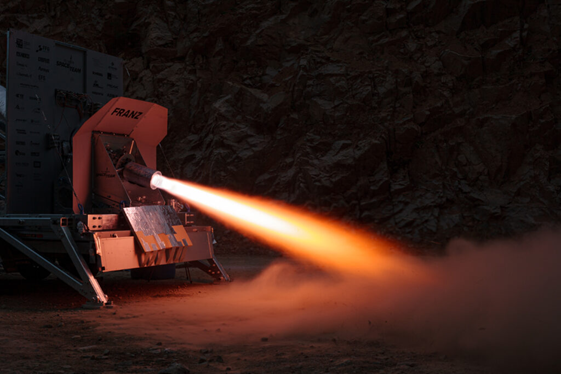 The TU Wien Space Team developed, in collaboration with FH Wiener Neustadt and the Space Tech Group (STG), a CubeSat for the project QB50. The goal of this project was to internationally develop 50 micro satellites of dimensions 10 cm x 10 cm x 20 cm which were sent to space 2017.

The Space Teams main task was to develop the Power Supply Unit (PSU) and the integration of the Boardcomputer (OBC). The PSU is taking care of the power supply from solar cell to electric load while the OBC is handling the data from the sensors and RF module while taking care of the software for attitude control and microthrusters. The Space Team also developed the energy management system, which is in charge of shutting down defect components in order to maintain the efficiency of the rest of the satellite. Modules for the connection of the scientific unit and the GPS modules were implemented. The TU Wien Space Team also developed the software and hardware of the bottom plate which has a camera module which can take pictures from space.

The TU Wien Space Team has designed and developed vital components for PEGASUS, which was brought into orbit by an Indian rocket in June 2017.